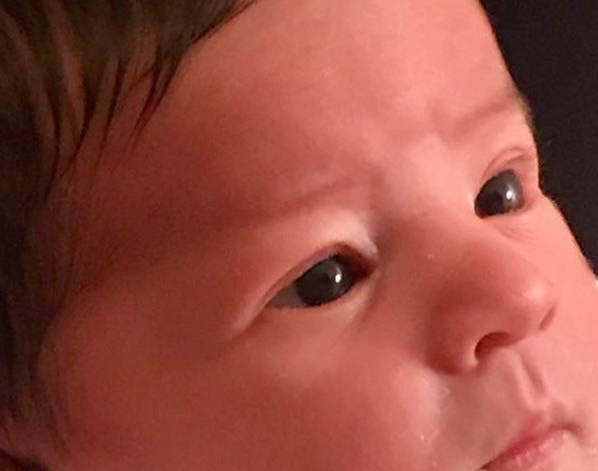 Everything has Value!
What exactly is value. Simply put, it’s how much are you willing to give or get for something. It’s the price you pay for something or the price you would take for someone to buy it from you. Value is transferred by these transactions. But what unit of measure are you using?
As the old saying goes, money can’t buy everything! It does have value. Money isn’t the most valuable thing for sure. It can’t buy life, time, happiness, friendship, love your parents, or repair a broken relationship. It can’t buy many material things like the ring that my mother gave my father that he passed down to me. Often I figure that money can’t buy the things that are most important to me. It seems like it can at times, but it really can’t. All of the things mentioned above are valuable. But there’s no dollar or monetary value anyone can assign to them. How much would you pay for another special day with someone who passed like: my mother, grandparents, cousins, or maybe a best friend?

Money is simply one measure of value built on Trust
Our US dollar is so strong in the world market because it has the full backing of our great nation. Back in the day, it was backed by bars of gold and silver, but not anymore. Now it’s just based on the fact that if you have one dollar, the US government will always ensure it’s legal tender for a transaction. But what if our government was not trustworthy? I’m only saying it’s trustworthy in backing the dollar, there are many things that they may not be trustworthy on, but backing the economy is one they stand out on.
In my years in the military I’ve seen worthless money from governments that have failed for one reason or another. When in Italy, I found a 100,000 Austrian Lira note under the drawer in an old end table I found from Austria, Slovenia, or somewhere over there. It was obviously very old. So, I got excited because in my young mind 100,000 of anything old had to be worth something pretty big now. Right? Nope. The dude on the front of the currency was one of the many dictators who rolled through. His “iron fist” ruling cost his country’s collapse. The value of the 100,000 Lira? It got me a scowl from a foreigner for even having something with the dudes face on it! I couldn’t get anything of value for it. Another example of useless currency I experienced when I was in Turkey. While eating lunch, I noticed a 1,000,000 (yep 1 million) Turkish Lira bill in the tip jar. Turkey had been plagued by roaring inflation for years (over 38% for several years). Inflation was so bad that the currency was ridiculous. I bought the 1,000,000 Turkish Lira for the grand total of $1 US Dollar! Then in 2003, the Turkish government reset their notes. They just literally slashed 6 zeros off of the currency and created the “New Turkish Lira”. So, I was a Turkish millionaire from 2000 until 2003. At that point, my 1,000,000 Lira was valued at 1 New Turkish Lira or approximately 75 Us Cents. I valued the million lira note more than 75 cents, so I never sold it. I valued having that little piece of history, and the cool factor, more. But the lack of trust in the Turkish ability to control inflation cost them the entry into the European Union. They just couldn’t be trusted to not draw down the larger Union based on their recent history. So, trust in money is very important. Without trust, you money is not as valuable to others who trade with you.

Time is Valuable, But Much Harder to Evaluate
We tend to be here and now centered frequently when asked what is our time worth. Today I make $10 per hour. So my time is worth $10 per hour. That’s a typical first thought process that has some validity. But it surely doesn’t encompass the entire picture. For example, if you are going to college, a movie, or concert are you paying for your time. Say you paid $100 for some concert tickets for a 2 hour concert. Using the above logic, your time is worth -$50 per hour since you gave away $50 for every hour of your life you spent doing that task? Is the entertainment value worth the 10 hours of work it took you to make the $100 (for simplicity, I’m ignoring deductions for tax, social security, insurance, etc. ). What about your entertainment value? How does that come into play?
So, what does all that mean? It means your time, just like your money, does have value. Placing a value on time is complicated, yet simple too. You’ll only have so many seconds, minutes, hours, days, weeks, months, years, or decades alive to do stuff. Time is finite and waits for no one. Whichever of the units of measure for time you choose, once it’s past or wasted you can never go back. Sure, there are things you may be able to do with the remainder of your finite time to get more efficient, get more effective, get more stuff, more money, or more family time. But you can’t go back to a missed birthday party, a missed birth, a missed funeral, or even a missed conversation. Sure, you can use some of your remaining finite time to apologize, make excuses, or whatever. But you can’t go back.
You also don’t control how much time you have. Only God knows that answer. We all have heard of the stories. Uncle so-and-so smoked every day, drank every day, and never slept. He really didn’t take care of him self. But that dude lived for over 80 years. You’ve also heard of the ones who are in picture perfect shape. Great athlete. Made all the right “sacrifices” in the name of a long healthy life. Then dies in his early thirties. Or your buddy from high school who died in a car accident. Then there’s the sudden infant syndrome stories. You just never know the time or the place of your end.

Increasing the Things You Value
So, the take away is to use your valuable resources wisely. Spend the your time on the things that are most valuable to you. Each of us are different and have different things we value. I’m at a time in my life of reflection. I look back on past mistakes and am trying to make sure I don’t repeat them. I’m looking forward to how to avoid mistakes in the future. I’m also trying to explain some things that may help y’all avoid some of the mistakes, or missed opportunities,
The best way to maximize your resources to increase things that you value is long term consistent progress. There are no shortcuts. In order to get things you value, you’ll have to trade something else of value. You trade time for hourly wages or a salary. You trade your valuable time doing other things. Maybe playing video games, hunting, fishing, watching movies, reading, Facebook, formal education, informal education like library or internet research.
Is what you doing consistently moving you forward. Do things that move your closer to the goal adding value (no, not just money). Day after day, week after week, month after month, and year after year you move forward and avoid moving backwards. Do the right things for the right reasons, keep moving, keep learning new ways to maximize ways to get more of the things. Then after time, when you look back, you’ll be amazed by how far you’ve come.
Here’s a couple of examples. I value gardening. I have grapes, blackberries, raspberries, basil, onions, garlic, asparagus, peppers, a peach tree, a plum tree, and a fig tree. That’s only the edible stuff. I also have Mexican Petunias (from Taylor), Hen and Pecs (PePaw), DayLillies (Gene), 4 O’Clocks (PePaw), Iris (PePaw), Purple Beans (Margie), and many others. That’s quite a lot of plants for the little bit of yard we have. But it was all part of a plan. I wanted things that I valued. I value the edible stuff for obvious reasons. I also value the flowers and other plants because it reminds me of the people I love that were generous enough to give me a little piece of them (their plants). If done in one effort, it would be overwhelming. It would be a lot of effort. But I didn’t do it all in one effort. I built up my valuable (to me) garden often only one plant at a time. I brought home a hunk of Mexican Petunia’s from a trip to Lockhart at Taylor & Austin’s first house. I brought home a clump of dirt with 4 O’clocks from PePaw and MeMaw’s from a trip to visit them a couple of years ago. Each time I was gifted or bought something, I’d think of a place in the yard with the most chance of success, or where it could be enjoyed, or some other reason that made sense to me at the time. Another thing that makes my garden valuable is that none of the things have to be replanted. In many cases, they are even propagating where I have more than was originally given to me or more than I bought. I can now literally share the “fruits” of my labor with people I value. I can give a cutting or plant to someone I value for them to enjoy. So, I have a valuable garden that I built up over time. It was built in baby steps, over a long period of time, and consistently. A small effort, over a long time, of things that increase in value (or quantity) allow me to be more generous each year because now my garden provides more than I can possibly use.

Please leave you comments here for everyone to see. I’ll take inputs for future blog posts. If you don’t leave comments, you’ll just get whatever I feel like posting.
Paw Paw